USSR / Armored Vehicles / Tanks / Main / T-72
Rebels stand atop a destroyed tank belonging to forces loyal to Libyan leader Muammar Gaddafi after an air strike by coalition forces in Ajdabiyah March 26, 2011. Libyan rebels backed by allied air strikes retook the strategic town of Ajdabiyah on Saturday after an all-night battle that suggests the tide is turning against Gaddafi's forces in the east. 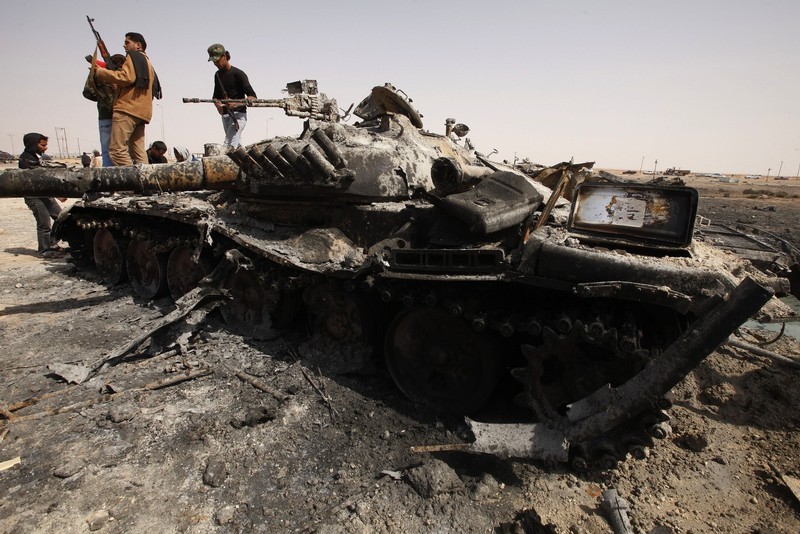