USSR / Armored Vehicles / Tanks / Main / T-72
A Libyan rebel holds the Kingdom of Libya flag as he walks past a burning wrecked tank at a site bombed by coalition air force in the town of Ajdabiya on March 26, 2011 as forces loyal to Libyan leader Moamer Kadhafi were retreating after rebels recaptured the key eastern town in their first significant victory since the launch of the Western-led air strikes a week ago. 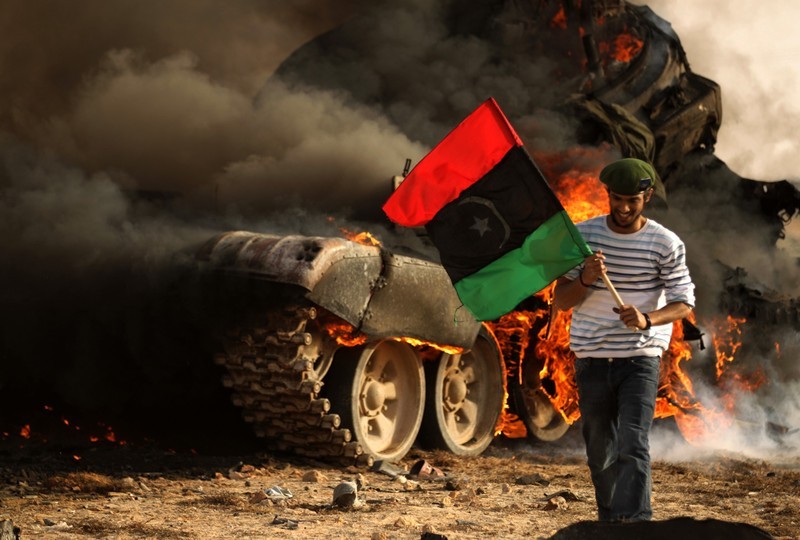